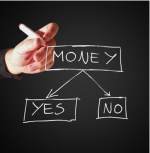 Most of us were brought up poor or in the middle class – and then continue the rest of our lives plagued by the thoughts, ideas and actions of the poor and the middle class. If you were brought up by parents that had great intentions but few ways to create financial freedom, then there is a good chance you are still trapped by mental money traps that continue to hold you prisoner.

International sales expert Grant Cordone divulged his top 12 mental money traps to avoid on the path to financial freedom. No one would deny that the wealthy think and operate differently regarding money, wealth, finances and investing. Here are some common mental money traps: 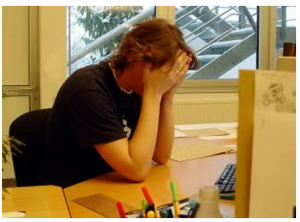 1. “I just want enough to be comfortable.”
At the core of the middle class is some idea that they can somehow find this place of comfort, which becomes a compromise for any possibility of financial freedom. Consider that a significant number of people save little money for retirement. This has caused masses of people to be unable to quit working at retirement age, because they are without enough money to take care of themselves during economic contractions.

2. “I need to make money.”
It’s actually against the law to make money – that is the job of the government, which over the last decade has been more and more willing to manufacture money in unjustified amounts. This idea – that you need to make money to have it – limits you to believing you must trade time for money. Quit thinking about making money and think in terms of collecting it. When you trade something of value with the public you will get money in return.

3. “Bigger isn’t better.”
Wrong. Bigger is better and more is glory. Quit thinking little. The best companies in the world are big. Staying small takes a lot of energy. I talk about this in The 10X Rule – go 10 times bigger than you think is necessary. It’s more fun and it gives you a better chance of succeeding.

Over the last 12 months I have interviewed more than 50 very successful entrepreneurs that run million-dollar companies to $100 million companies that started with nothing. Almost every one of them shared that their biggest regret was not thinking bigger from the beginning.

4. “More money, more problems.”
This is simply an idea that those without money use to justify having less and being broke. If more money is more problems, then bring on the problems, because I tried being broke and that was more than just a problem. Quit trying to make rich ugly – it’s not.

The truth is the more money you have, the more control and choices you have over every aspect of your life. If you are sitting in a first class seat, it doesn’t mean you won’t have a drunk sitting next to you. Buying your own jet allows you to control who gets on it, but now you have to hire two pilots, a mechanic and feed the airplane. More money means new problems, not more problems.

5. “It takes money to make money.”
The reality is more than three quarters of all millionaires today are first generation millionaires. That means that ordinary people got rich because they had the courage to follow up on their ideas. 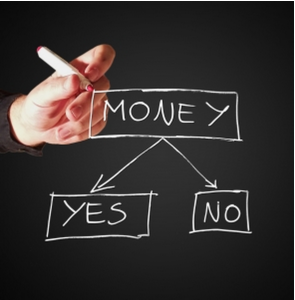 6. “Money doesn’t grow on trees.”
The person that commonly throws this phrase around is suggesting money is limited and scarce. There is something near $134,000,000,000,000 (trillion) on this planet – most of which is merely represented by digits in bank accounts, investing accounts and the like. The only shortage of money on this planet is in the mind of those that don’t have money.

7. “Another day, another dollar.”
The job force of America is trading time for money every day. Is your time worth $10 an hour or $50 an hour? The reality is no matter how much you get you are still selling time and you only have so much of it.

The rich exchange dollars for time because they know time is more valuable than money. Unwilling to trade money, the average person believes the only way to make more money is to work more hours. Big money requires thinking about money without time considerations – think broad money.

I believe it is evil to not be able to provide for my family, fund my church, take a trip, grow my business and feed my dreams.

9. “A penny saved is a penny earned.”
Believe this and you will never have financial freedom. A penny saved is a penny and if you spend your life thinking about pennies you will never create financial freedom. Saving in itself is not bad, but the masses are so focused on saving they never advance their money. No one ever got rich saving money, they just got old.

10. “Money can’t buy you happiness.”
I never met a rich person that was trying to get happy while they were trying to get rich – they have nothing to do with one another. In fact, my entire life I have not been seeking happiness. I have been seeking a meaningful life where I am free to do what I want to do and what I love the most.

I know happy and unhappy people. My wife is the happiest person I know and is happy regardless of how much money she has. I assure you she still likes having the freedom to spend money without constant worry. There is no way money can make you happy or unhappy – it’s just money.

11. “A penny for your thoughts.”
This is the kind of damaging, freely thrown-around idea that shows how little people value their time and money. I own four businesses. They all started with ideas and were followed up with actions. The guy that created velcro, the founder of Starbucks, Ted Turner of CNN, Henry Ford and the likes all had ideas and they didn’t trade them for pennies.

Quit thinking about pennies and quit demeaning your ideas. Your possibilities are limited only by thoughts, ideas and actions.

12. “Rich people are selfish.”
I must be honest, I have been selfish at times in my life so that I would never have to depend on anyone financially. My dad died when I was 10 and left my mom with just enough money to get her three boys fed, clothed and educated. She had to be a bit selfish so that she could take care of us.

It takes a bit of selfishness and self-esteem to prioritize taking care of yourself and creating financial freedom so that you don’t become a problem for others. If you don’t think enough of your own finances how are you ever going to make the difficult decisions and necessary choices for your spouse, children, community, and your future?

You better get somewhat selfish until you have something to share – whether it is opportunity, money or wisdom. I’m sick of people saying, “If I had his money I would help so many people,” but they can’t help anyone financially, because they never focused on their own finances. They then live a life talking about what they would do, and not what they can do.

The fact is if you are already rich, you need to up your game and start thinking the way the super wealthy do. If not, maybe it’s time to change the way you think about money.

Any rich person will tell you anyone can get rich. Any wealthy person will tell you the same. Get rid of the mental money traps and get your friends, family and associates on the same page with you. Remember, you are surrounded by limited thinking – 76 percent of Americans live paycheck to paycheck. It seems like a bunch of people have the wrong information.

Dream It, Believe It, Then Achieve It!