What I have learned from the Federal election

Well maybe it’s not that bad, but there are some lessons to be learned from the current federal election here in Australia, and particularly the financial situation we find ourselves in, from the years following the global financial crisis.

The United States of America is also in election mode at the moment, and there are also lessons to be learned from their predicament as well. 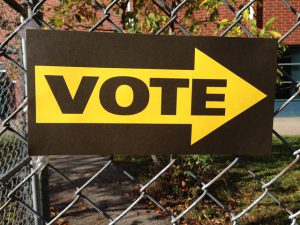 When the Global Financial Crisis (GFC) hit in 2008, it caught the world with it’s pants down.

No one saw it coming, and most of the countries of the world have not really recovered.

What followed was a massive bail out!

Countries such as America had to bail out the big banks, and they have printed a mountain of money to do so.

What we have now is a mountain of debt.

According to the Guardian, world debt has increased by $57 trillion dollars in the 7 years since the GFC, and U.S debt alone has crossed over $19 Trillion dollars!

Hard to get your head around really.

Here in Australia, in 2006 we were fortunate enough to have a surplus of $21 billion dollars: 6 years later we had a $48 billion deficit.

Right now, Australian government debt is sitting at around $405 billion dollars in the hole… and rising!

The fact is, as a country, (and the world)  we are getting further and further into debt, and we can’t seem to pull it back!

If we ran our business or our own personal households like the world is at the moment, we would be going bankrupt.

It is no coincidence that people like Robert Kiyosaki and Harvey Dent are predicting that in 2016 there will be another GFC, this time even bigger that 2008!

What is the Government doing about it?

Well that is not exactly true.

They are trying to a certain extent.

But in reality, they are not making the hard decisions because they don’t want to risk a voter backlash.

Unfortunately we are part of the problem.

We don’t want government services to be cut back, and if they are, we won’t vote for them.

Opinion polls go against the government and they change leaders.

The opposition won’t support good ideas because they want to get back in power.

Outlandish promises are made that have no hope of being paid for.

The hard decisions are not being made, and as a country and the world, we are getting further and further into debt!

No real leadership is shown because they are scared of the voter and media backlash.

The middle-class is being eroded, and the gap between the rich and poor is getting wider and wider.

You can see why someone like Donald Trump is gaining popularity, and in Australia you have Pauline Hanson.

Whether you agree with their views or not, they are not stuck in the trap of “political correctness”, and are not scared to say what they think for fear of not getting elected.

So what can we do?

How can we escape this debt trap, and get ourselves out of this mess. 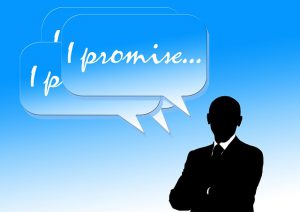 Well number one is that we are going to have to stop looking to the government to solve our problems.

I am no Nostradamus, but I predict there are going to have to be a few more elections lost, Prime Ministers knifed in the back, and a lot more debt taken on before someone with a lot more leadership comes along that actually starts to fix the problems.

No, we are going to have to take some responsibility and take control of our OWN financial destiny!

We can no longer rely on the government to save us, or in the security of a job, or the loyalty of the company we work for.

In a few years time, many of our jobs will have disappeared due to technology, or cheap overseas labor.

Pensions and other government services will be cut or axed, and our standards of living will be diminished.

So what is the solution?

There is one industry that is booming, and will continue to do so in the future.

The business of information.

How big is Google?

People are constantly searching for information online to solve their problems.

Their health problems, financial problems, relationship problems, and every other problem you can think of.

And they will also pay for it.

The business of selling information in eBooks, online courses and membership sites is booming.

People will pay you for the information you already know, or can find out about.

All you need to know is how to package your knowledge.

Millions of people worldwide, are learning these skills and taking control of their OWN financial future!

Be part of the solution and not the problem!

Avoid the DOOM, learn from the lessons of the current federal election, and learn the skills to create you OWN economy!

If you have any questions or comments feel free to leave them below.

Dream It… Believe It… Then Achieve It!

LEARN HOW TO CREATE YOUR OWN ECONOMY! CLICK HERE FOR YOUR FREE TRAINING!